The song about the son: how Dire Straits helps to explain the Megxit

If you visit Buckingham Palace, you’ll discover a room with Lady Di’s personal effects, including a full trunk of tapes. According to her sons; William and Harry, « Sultans of Swing » by Dire Straits was her favorite song. My opinion: this song explains why Megxit happened. Not convinced? Let’s have a look at the lyrics.

George will be king

[Verse 3]
Check out guitar George
He knows all the chords
Mind, it’s strictly rhythm
He doesn’t want to make it cry or sing
Left-handed old guitar is all he can afford
When he gets up under the lights to play his thing

« Check out guitar George, he knows all the chords » is a clear metaphor to name the one who will rule as king in the future. Harry knows he has very limited chances to reign, this is also why Megxit happened. 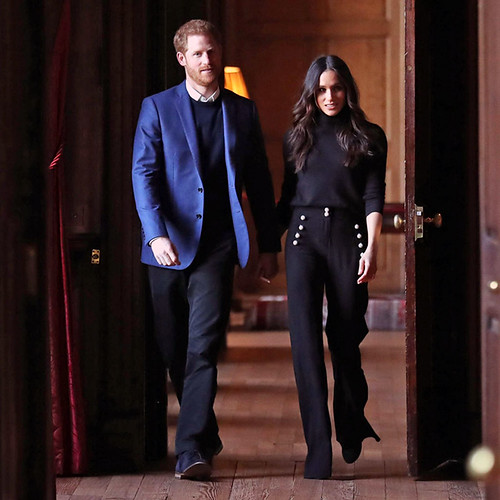 « Now we can join a nudist colony if we want! »

Maybe Lady Di loved also that song because it deals with « Harry »?

« And Harry doesn’t mind if he doesn’t make the scene ». In case you haven’t paid any attention to the news or haven’t written a psychology thesis, it’s no secret that Harry truly does not want the royal spotlight and has instead chosen to have a relatively more peaceful life with his family. His own mother’s life was ultimately a testament to this preferred state: before her tragic end, Lady Di was discharged of her obligations towards the crown and was happier for it.

« He’s got a daytime job – He’s doing alright« : It means Harry wants to work now, as a normal citizen of the world.

[Verse 5]
And a crowd of young boys
They’re fooling around in the corner
Drunk and dressed in their best brown baggies
And their platform soles
They don’t give a damn
About any trumpet playing band
It ain’t what they call Rock and Roll
And the Sultans
Yeah, the Sultans, they play Creole
Creole

« And a crowd of young boys
They’re fooling around in the corner
Drunk and dressed in their best brown baggies »… Harry looks for fun, with a balance of parental life and moments he can be (a soft) « Dirty Harry » again…without the constant pry of photographers.

Coincidence? I don’t think so… in the same way that « Shine on you crazy diamond » by Pink Floyd explained Syd Barrett’s fall, « Sultans of Swing » teaches us that money and fame are not the most important things for Harry and Meghan.